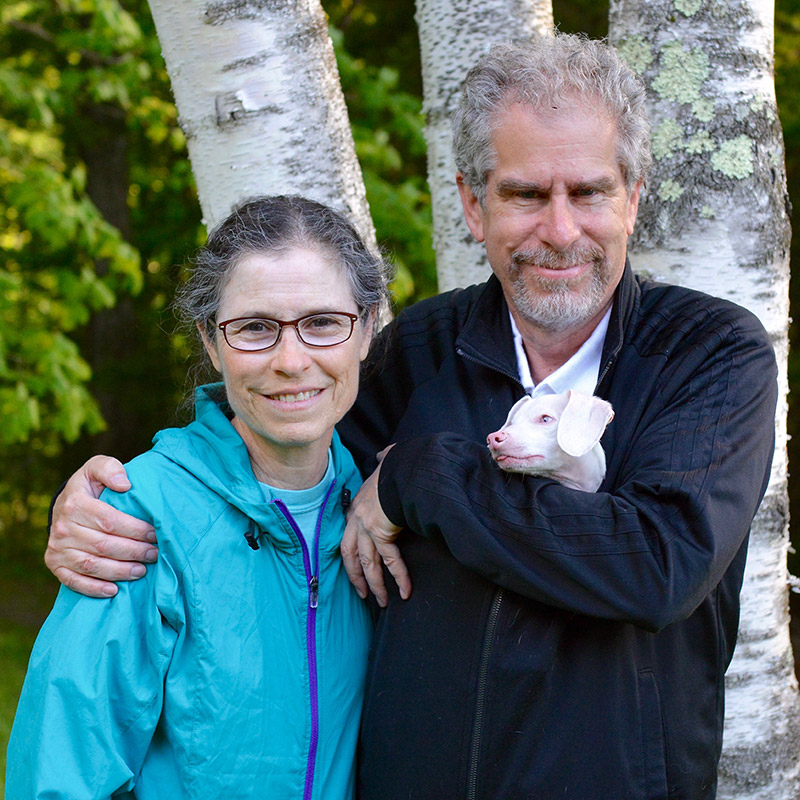 Warren and Melissa Shapiro met at a Sound Cyclists Bicycle Club ride in Darien, CT. They quickly discovered that they both had dogs that they took to work with them every day. Warren had no idea what he was getting himself into when he suggested that they should set up a first date, with their dogs.

Melissa Shapiro is a veterinarian and a lifelong animal welfare advocate. Decades later, as their three kids left the house for college, their two-dog max rule somehow fell by the wayside and their pack of two became a pack of 6 rescued dogs!

When Warren and Melissa agreed to foster the tiny 1-pound deaf blind puppy in March of 2017, they had no idea that their decision would be life-changing. Warren named the puppy Piglet, and he became Piglet's Favorite Dad! Melissa takes Piglet and a few of the other dogs to work with her every day.

Piglet's life with his Mom, Favorite Dad, and dog pack are chronicled in great detail with daily posts on his Instagram and Facebook pages, as well as in his book, PIGLET, The Unexpected Story of a Deaf Blind Pink Puppy and His Family.